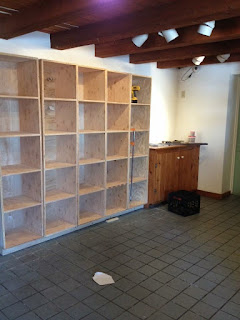 While the rest of the East Coast and then some were getting hammered by the recent Blizzard we didn't get so much as a flake. We do have quite a bit of the snow on the ground still so no complaining here. The temperatures were cold last week 20 and below but this week will seem like a heat wave when tomorrow it could reach 40. I judge the Winter on how many snow plow bills I receive. At least this year I am here to use the driveway. It is tough getting the bill when I am in Florida.  The York Family and my Family are still doing the Ski Program with Harpswell Rec. Well I am not, I take care of the Lift Tickets from inside the nice warm lodge. Terrence graduated to the chair lift so now he is excited to make a few runs with Danny and Josh. Only 6 more days in January and I will spend 2 weeks of February in Florida so by the time I get back it will be almost March. I think I have a handle on this Winter thing.

Matt has demolished the Gift Shop area and has begun to reshape it per the ladies requests. It will be nice to have it more organized. Aimee has been painting and sanding down some of the TV stands to give them a second life. They have replaced some of the Vanities in the Bathroom. Some other items in the kitchen really are not exciting unless you have worked in that kitchen for over twenty years and then you would appreciate it. You can come in some time and I will show you.:)

Sue is still fighting with her puppy. I do not envy her on those cold dark mornings taking the dogs for a walk but I guess that is reason # 3,457 that I do not have a dog. No comments from the dog lovers . I like dogs, just having a 9 year old is enough. Sue and I are going to walk the Inside Track that Brunswick Recreation has  at the old Navy Base tomorrow. The Y was even opened up a Satellite Building there. I highly suggest driving around that area on your next visit, so much to see. 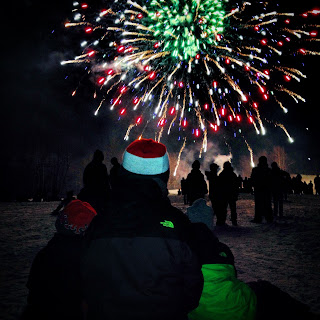 
Some people celebrate Christmas in July and I wouldn't say it was  quite as warm as July  but at 58 degrees and no snow it certainly didn't feel like Christmas in Maine. That didn't last long however. Several days later we had out first plow able snow, about 6-8in. The kids were so excited, so many new Winter Christmas presents to try out. It turned into a Winter mess the next day with a mix of sleet and freezing rain but at least it looked like Christmas week.
I wanted to give a Big Shout Out to the Orrs/ Bailey Island Fire Department who were called to a garage fire that was quickly spreading to a house on Orrs Island on Dec 28th. The good news is the couple got out without harm and  most of the damage was contained to the garage where the owner stored his collectible cars. Unlike in the City we rely on an all volunteer Fire Department and they are a very dedicated group. Cooks Lobster House immediately held a benefit for the couple and the couple in turn donated all the money to the Fire Department. Living in a small Community is  rewarding at times. If you are on vacation when one of our local groups has a Fundraiser please try to join in.

My family along with Matt and Aimee's rang in the New Year in Kingfield, near Sugarloaf Mountain. They  had much more snow than Harpswell. We did lots of sliding, snowshoeing and hanging out. I must say one thing you need a lot more clothes than ringing in the New Year in Key Largo.
Sue is still fighting with the new puppy ( which isn't so new anymore). Zoe recently started obedience school with Sue. Other that that I think Sue is spending time ordering flowers in her garden catalogs. She only has 3 months until we open! 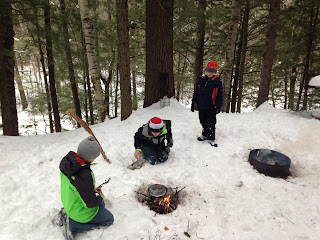