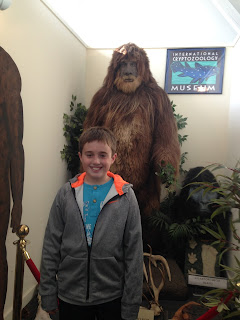 I realize you thought I disappeared along with Sue but really it is not the case. Every time I think I have a minute to do the Blog something happens and the task never gets completed. We have had a splendid October. There were many warm days followed by some chilly nights and lately some cold morning temperatures. On Bailey Island we have yet to have a frost which is nice because we still have many Dahlia's still in bloom. We even had some rain the last two weeks. I am sure this happened because I finally found someone to finish painting the outside of my house. He has yet to get a few days in a row because of rain, next thing you know it will be because of snow. I just walked around the property looking at what has to be done to put the Gardens to bed for the Season. Victoria has already started in on the project and we just need the weather to cooperate so we can finish. Looks like a rainy weekend on and off.


As you know I have the Museum addict son. Last week I took him to the Cryptozoology Museum in Portland. What in the World is that you ask? It is a Museum for creatures that are considered otherwise extinct or beings from folklore. Most of the exhibits rely on anecdotal evidence, stories and alleged sightings. This was right up Terrence's ally and natural I just nodded my head often and said that is really cool. They had items like Big Foot, Loch Ness Monster, Sasquatch, etc. The only redeeming factor is that they are located between a Distillery and Cellar Door Winery. All this and more right behind the train/ bus station in Portland, who knew!!!


We have a quiet weekend coming up which will give us a chance to get started on closing up duties which in the Inn should only take most of Sunday and then an additional few days in the garden. I am sure Matt has some projects lined up that I will keep you posted on.


Until then have a spooky Halloween and Check out our new coffee mugs. 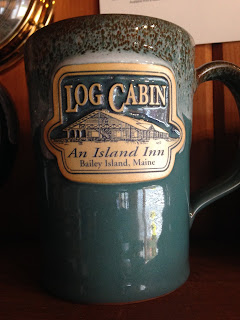 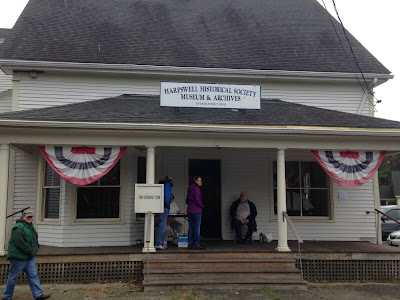 It  seems like I was just saying how fast the Summer seems to have gone by. Now I am complaining about how fast September went by. One day it was the first day of School and now we are into October and have only 28  more days we are open as we close this year on October 30th. There is still time to get in on a couple weekends. Room Occupancy in September was Outstanding. I think it was just as busy as July. So many people ate Dinner and the Desserts were flying off the shelves. The Dahlia's couldn't be any more colorful this year. We have some different colors that we haven't had in the past. It is so fun to see what color is going to bloom next. Before you know it Victoria and I will be out there digging up the Dahlia's for the Winter.

The Town of Harpswell has started an Area on Aging Program. They have many different programs and one of them is called " Cooking With Friends ". They asked if I would be the Guest Chef. I did a cooking class for a group of 15. They ate what I prepared and I then made enough so they all could take a meal home. This was so well accepted that they plan on doing it every other month.

Today was Harpswell Day. From 12-4 in Harpswell Center there were all kinds of festivities going on. What I thought was going to be a 10 minute visit turned into about 2 hours. I had never been into the Old Meeting Hall and Church which was built in 1757. That's some old stuff in there. The Curator gave a great tour of that building as well as the adjacent cemetery. The Historical Society also had an Open House. We learned to make butter, press apples into cider, loom a rug, felt wool, and machine work  with some old tools. This building had many old fishing items and a couple Stage Coach's. There were so many interesting things right here in my own backyard. I suggest visiting some of these buildings in Harpswell Center the next time you are here.

Sue has recovered nicely from her Rotator Cuff Surgery. She has her sling off and is busy shopping once again. I keep reminding her that we close in 4 weeks. Then the pumpkins, hay and cornstalks arrived. I should have known better. 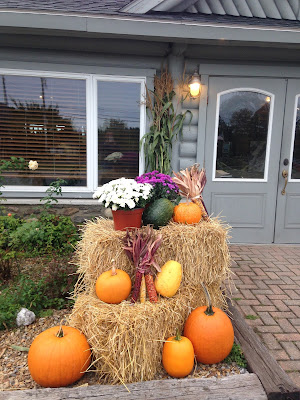