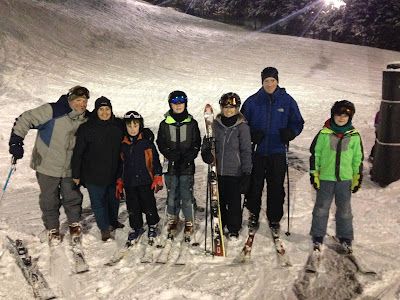 Have any of you ever done Geo Cache?  For a 9 year old boy it is like an ongoing Treasure Hunt and for adults well, its just about the same. This is a great activity that can be done all around the World for Free! I find the easiest thing to do is if you have a smart phone download the Geocaching App.  You can then either search for the location that you are in at the moment or a place you may be going to. The "Cache" or prize can be in a box or canister or just about anything. Some range from from little trinkets inside to just a scroll where you log that you have found the treasure and then replace it. You can bring a small treasure with you to put in the box and then you may take one out.  The App will give you clues to where the cache may be and hints from previous explorers. There is also a gadget called a tracker. If you find a tracker you can take it with you and replace it at a different Geo Cache site. Our tracker we placed has been to Arizona, Texas, Florida and Mexico and is now back in Maine. The people that have picked it up also comment on its voyage.
The reason I mention this is on a recent Sunday we did the 3 Geo Cache sites on the Devils Back Hiking Trail on Orrs Island. Finding the cache can be a little tricky in the snow but we did find all 3. There are many sites throughout the Town of Harpswell. If you come back and show me that you have conquered a Geo Cache site I may even have a prize for you.

Even though we only live 5 miles apart Sue and I rarely see each other in the Winter. I must admit I do not  think I have driven to Bailey Island more than twice since we closed. With that being said we took a Field Trip this week to the Old
Navy Base. We walked several miles on the Indoor Track that is now housed inside the Brunswick Recreation Building. After that we felt adventurous and made our way over to the new satellite branch of the YMCA. It doesn't have a pool like the one in Bath but does have just about everything else. I know many people that travel still like to keep in an exercise routine so these two places serve as a great choices. I was then going to take her past the new Retirement Community, Coastal Living but I thought I may be pushing my luck :)

Finally this was a crazy weather week. Thursday we had a record High of 56 deg. Most places had no snow and flower buds were popping up. The next thing you know Friday we get the 5:30AM phone call that there isn't any School and we end up with 8-9 in of snow. The photo above is of the Gang on our Friday Night Ski and lessons sponsored by the Harpswell Rec. The night was officially called off because of the lack of bus transportation. That didn't bother us though,we made the Hour + treck and all had a good time. Before you all make comments. A; I do not have a helmet or ski's because I am in charge inside the Lodge ( I am no dummy) handing out the Lift Tickets to our 65 skiers  B; I don't really like it!

I am headed to Florida on Tuesday for 2 weeks the same day our next storm is coming. I hope we get out.