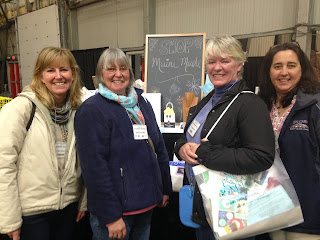 Yeah ! Here we are the first day of Spring building a snow fort. Today actually was warm and sunny. I believe the warmest it has been in months. Sue, Aimee ,Victoria and I went to the New England Gift Shop Show in Portland. This is a yearly tradition for us. I drive and Sue pays for lunch. It's a win, win.  I mostly tag along to sample all the chocolates.

I feel confident that the snow will be gone by the time we open on April 7th. Then Victoria and I will be able to dig through the crushed stone that has been plowed onto the lawn and start making progress on the garden beds. Sue has probably been scanning the Garden catalogs already. I plan on still keeping my ice grippers in the car along with my snow shovel. 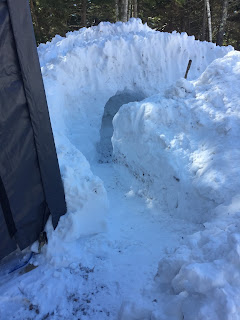 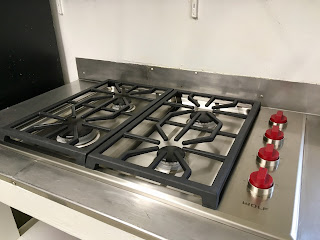 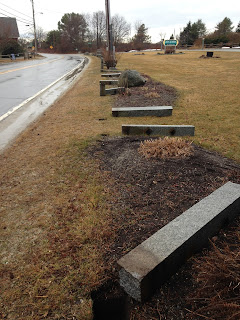 I can honestly say I was quite happy to see the end of February and the start of March. Now as I sit by the window and look out it is snowing and March isn't being very nice to us. I still have piles of snow mixed with crush rock that the snow plow has torn up. This Tuesday/ Wednesday we are expected to have a Northeaster Storm and dump more snow and high winds. As it is now the Public Schools are getting out June 23rd and that is with out any more snow days. Two days ago I saw the tulip buds coming up. Now they will be covered in snow again. One of the hazards of winter is the Snow Plow. My mailbox is on the main road and built around granite that has come from the Bailey Island Bridge after they restored it. I thought it was pretty sturdy until I came out one day and the snow plow toppled the whole thing over with a group of three mailboxes laying by the side of the road. This is small time compared to the damage at the Inn. The plow took out, and snapped just about every granite post that supports the fence on the front lawn. The Town hires a private contractor to plow and they don't seem to concerned about any damage they cause. February also brought on a lot of sickness. Matt had been sick for about a month and had pneumonia along with Josh and Terrence was out of school for a week ( just after vacation) with a stomach virus. Good Bye Winter we don't want you any more.

I did manage to get out to the new Brew Pub on the former Navy Base which has a tasting room and catered food that changes weekly. They had 4 types of beer that day. You can spend some time looking at the bullet spots, since this building was the former shooting range. Just today  ( in the snow) they were excavating for the outside patio. The Landing has announced plans this week to add a Pharmacy, two Medical Buildings
, and a Bank. I think Brunswick is quite fortunate to have so many business locating here.

I drove down to the Inn yesterday and saw signs of life in the flower beds but with the temperatures down to zero this weekend it may put any buds to a growing halt. I did notice some exterior logs that have been replaced. Aimee finished painting  the Bluefin Room Blue! Both the Bluefin and Casco Bay Rooms also have new blinds. What I am sure will be my Favorite of the Seasonally upgrades will be the new Cooktop in the Kitchen. I think the old one had been there over twenty years. This is the stove top where we create your yummy breakfast items. You are all welcome to peak in and see this shiny new gem.
We open 4 weeks from today, April 7th and I promise ( maybe) the snow will be gone by then.